Think we have to look elsewhere for the reasons for falling attendances beyond a couple of quid being added to the cost of entry. Leeds United doing well does not assist, as there are those who would sooner run the gauntlet of scum city than support their home town club, just as there are those in North Wales who flock like sheep to Old Trafford of a Saturday. The diehards are also shorn of a few faces, which is more difficult to fathom. The fact of it is, the attendance issue is the biggest one facing the club: we do not have the critical mass to maintain a national league club, let alone live at a higher football league altitude. Traffic on this site has measurably declined to boot. All very despairing... Anyone has an answer, I am sure we would all like to hear it...
WhiteRose11

The heart was ripped out of the team/squad over the close season and as a result the affinity with the fans has also been ripped out - a big factor in the falling numbers.

Attendances… I can understand the glory hunters coming along when we were getting promoted, and that will explain the increase in season tickets and attendances last year, but we did pretty well, so where are they this year?

I don’t do TwatFace.. is that where all the comments are being made, or is that also quiet?
fulhamphoenix

I don't think Leeds are any more of a factor this season than last season when there was equal optimism about their prospects of going up.
We haven't had more than 1000 Harrogate fans in the ground this season except for the visit of Notts Co whose name itself would bring in a few more locals.
Our performances tapered off last season, after a good start, and we've continued poor results into this season. Our first game against Solihull (successful cup run and were in playffs last season) with a crowd of 1045 was a reflection of how attendances might dip
It could be that the loss of the linchpin and charismatic Howe might have made some fans doubtful of our intent to move forward.
I also wonder if the plan last season was to entice new potential regulars (eg army folk) with freebies, but that policy has now stopped, maybe thinking that the new player recruitment would bring success to the club both on the terraces and on the playing front.
It will be interesting to see how many we get on Saturday - last seasons corresponding attendance was 1216.
Oh, and of course there's the £4 increase to watch an unsuccessful side !
Townfan 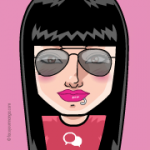 BB wrote:Attendances… I can understand the glory hunters coming along when we were getting promoted, and that will explain the increase in season tickets and attendances last year, but we did pretty well, so where are they this year?

I don’t do TwatFace.. is that where all the comments are being made, or is that also quiet?

In reply to your last sentence, yes and no.
WhiteRose11

Hope you’re paying attention at the back, because I may be asking questions later.

I know it’s been said that the summer clear out has been part of the dip in form, but maybe not?

Club puts up prices, ignores the fact the majority of new supporters were bandwagon jumping on promotion success and count town as at best a second team.

Arrogance in thinking people would pay ever increasing amounts to watch what is still an odd set up with the manager unaccountable to anything. It's a hobby club. So why would people pay more and more to watch something they are not that passionate about!
Then add in the arrogance shown in getting rid of some key players and the predictable bad form also impacting on the desire to go to watch football in a temporary stand tin pot ground. Add a dash of ongoing stupidity around their engagement with fans and its all not too difficult to grasp.


Good shout BB, that said it's always been a tale of motivating a core group of players season after season.....players seem to be warn down by something at the club....hence the delve off of form last season and the jettisoning of Langmead, Howe, Leesley.... probably Thomo soon.

Thanks, folks. The loss of Howe - and I agree with you, it showed a lack of intent on the club's part - and ticket prices aside, there's a deeper issue at play: in short, is there a culture in the town to sustain a football league club? I am beginning to come to the conclusion that maybe there isn't, and on a home fan gate of 1,000 League 2 is a pipe dream, and the lower reaches of the National League is, of itself, an over achievement, as good as it gets. Where we are has come at a price. For a whole bunch of reasons, this isn't the same club I enjoyed coming to four or five years ago. But that is where we are.

On a constructive note, the club - all of us, that is - need to embrace the challenge of doubling the gate, so that football league membership is viable. I am not sure that there is any coherent strategy in place to address that, apart from praying for Leeds to fall on their arse (and, yes, there were Leeds fans took shelter here, during the debacle of the last few seasons).
I don't do twatter, so I don't know if any answers have appeared on there. Somehow, given the barely articulate nature of the medium, I doubt it. Sad, that traffic on here has declined to a maximum 600 hits at best (just like the gates).
Flying out in the early hours on Wednesday and disinclined to go to Halifax on Tuesday night (which I would never have missed in past), which says it all for the malaise which has engulfed the club.
Wetherby Mike

An overdue run in the FA Cup would be the most likely route to at least a temporary increase in attendances. As for results we are not doing any worse than the 4 other clubs who missed out in the play offs and even Salford and Leyton Orient are not making much impact in Division 2.
Mr Apples

Eagerly awaiting the draw, although our FA cup performances have been underwhelming over the last few sessions - as for the other four who missed out, and Salford and Leyton Orient, on the determinate of gates, we are doing considerable worse as it happens.
BB

We’re 2 points off the playoffs, we've won our last 3 games, only conceded 1 goal in the last 5 matches (which, in itself, must be some sort of record), playing the team equal bottom, so should have expected a good win, TV cameras there…. And we get our lowest crowd in years!

Where were all the glory hunters and their kids?

Apart from what I think was a Tuesday night, our lowest crowd last season was about 400 more than we managed on Saturday.

Last season our average home gate was the 10th highest in the league.

A few comparisons of % change of crowds from last season, pulled at random:

Fair enough, some have decreased:

God, there is so much negativity on here of late. Agreed we haven’t started the best, but turning things round now. Win tonight and we will be right in the mix. Regarding the crowds, I’ve always thought Town fans could be fickle, so we shouldn’t be surprised by this. One thing I’d say to all reading this is, let’s be patient, if we manage to win tonight and get a point next Saturday, I’m sure we’ll start seeing an increase in attendances.
Good luck tonight lads, a tough one, but character is coming through, so I’m backing you to get us a positive result.
COYT
Wetherby Mike

Historically there was never much interest in league matches at Wetherby Road. Phil Harrison's book gives the average home league crowds for all the seasons from 1987/88 to 2009/10. The highest by some distance was 606 in the first Conference North season and even that was exaggerated by 1,974 on the last day when visitors Southport needed to win to clinch the championship and promotion. By the mid-table 2008/09 season the average had slipped back to 375 with the highest individual match 646 against Farsley Celtic. My first Town match was against North Ferriby in 2013 when the gate seemed to be around 350 and there was only a gradual improvement up to 2016/7 when anything approaching 700 would still have been regarded as a very acceptable attendance. So as well as considering why attendances have fallen perhaps we should also consider why they increased so rapidly in the first place. No single or simple answer but perhaps in the light of publicity over the York matches and subsequent success "Harrogate is not a football town" was for a time reversed. As similarly happens when a team has a big FA Cup run the additional supporters are never going to be of the "never miss a match" or "till I die" variety and for many interest soon fades.
BB

Unless they come up with some wheeze to increase attendances, such as letting in army folk for nothing, or a free admittance match (which won’t go down well with season ticket holders), I guess that they’ll have to accept the reduced numbers until we’re in contention for promotion at the business end of the season, or have a good cup run.

If free admissions count towards attendance total, how is that reconciled when declaring gate receipts?

I know I’ve asked before, but does anyone know how many season tickets were sold this season compared to last?

Also, are the ground improvements on programme, if so, what is happening and when?