You are not connected. Please login or register
.
Go to page :

Well, I think they should open it up to all fans. Not just Supporters' Club members.

There would be a way of policing it so that stupid questions would not be asked.
trevdee 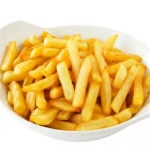 Neil, part of the appeal of joining a supporters club is to get access to player Q&A's amongst other things.

Come on Pete, lets have a pre game, celebrity forum penalty shootout, i'm sure you can organise it...Maybe have it stretched out over a number of games, perhaps 2 kicks per game so it doesn't take up much time and at the end of it you get a winner....Infact invite the people of Harrogate, maybe stage some "closed door" prelimary stages, on a "wetherby rd open day" and when it gets down to the wire then show the spectacle before a league game.......hey it will be good publicity.......the winner could then get the chance to shoot out against Bolder with Craig in goal (I would even try my hardest for that, slot every pen right top corner).
Dan_Gleebitz

TheNeil29 wrote:Well, I think they should open it up to all fans. Not just Supporters' Club members

Being a member of the Supporters Club does show a level of commitment and support of the Football Club. Therefore more interest in what is happening in my humble opinion.

So if such an event can be arranged (and at the moment it's only an embryo), shouldn't those who have/are showing the commitment be the ones to benefit? There's a goodly number of those too.
gedmaloney

trevdee wrote:Harrogate Town missing a trick here - half time on non-league day the moaners of the forum battle it out in a penalty shootout for charity!! Infact should be moaners against patronizers!

Dan. I'm basing my theory on the home attendances here, but there are probably more non-member people who are committed to the club by attending more games than there are members who attend more games. I don't see why it should be one rule for one set of fans and one for another? What if people don't want to become members, but would like to attend a Q & A. The answer is simple. Members free obviously, but charge non members a couple of quid, and give them a ticket to produce at the door of the 1919. It's a little bit of money back into the club. Idiotic questions would not be tolerated, and make that clear before it starts.
trevdee

trevdee wrote:Harrogate Town missing a trick here - half time on non-league day the moaners of the forum battle it out in a penalty shootout for charity!! Infact should be moaners against patronizers!

Yeah thats a shame, but an open day for kids in the next half term may be a good idea (weather still might be ok in October)...Draft a few players in, get the emergency services in with their vans and equipment have a bit of a raffle or tombola, hold some small competitions on the pitch etc etc and use it to sell Harrogate Town....Could become bigger than the Bilton gala!

Hey you could always parachute in disguised as the queen to open the proceedings.
Sponsored content