[You must be registered and logged in to see this image.]

Simon Weaver's team will go into the match on a high following Tuesday's win against Vauxhall Motors. On the same evening Eastwood also won their first game of the season, 3-1 at Gloucester City. Last Saturday, the Badgers held Northwich Victoria to a 1-1 draw at Coronation Park.

Promoted to Blue Square North as Champions of the UniBond League, Eastwood will have a number of familiar names in their squad. Danny Holland, Mark Hume and Marc Smith will all be making a return to the CNG Stadium. The teams did of course meet last season, Eastwood winning an FA Cup replay at the CNG Stadium in October following an initial draw in Nottinghamshire.

Entries to the Predictions Competition should be made before 2.00pm on Saturday. 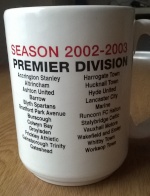 
Man of the Match has to be Danny Holland but there were some good performances around the pitch to evaporate the memories of Saturday’s game. Harrogate on Saturday will be a good test of our credentials. No disrespect to Northwich and Gloucester but Harrogate will be the first established Conference North team we have played. After their 3-0 drubbing of Vauxhall Motors, confidence will be high and they tend to be a difficult team to be at CNG Stadium

I don't think the present team can be called that? the Club however can be.

Do they really think we are going to be such a hard test? Hope so.
TheTown 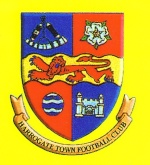 There a new team to this league so they will be just finding their feet. Okay they have a lot of players that have played at this level, and quite a few old boys who know the ground, but why wouldnt it be a hard test? Your too pessimistic, we've got hungry young manager and squad who yes, at times, will get outplayed by better quality players who other teams have spent money on, but dont dismiss how far hard work and unity gets you at this level.

You expect anywhere where you are going away to be a difficult game (the travelling to the game, unfamiliar surroundings, home support) so Eastwood, knowing that we have been at the top end of this league for the past 4-5 years, know we will be a difficult game.

Will be interesting how Danny reacts when he comes back, hope he gets a great reception which I'm sure he will. He was such a good striker for us before last year, genuinely one of the best finishers iv ever seen inside and outside the box.
j2021

yep i agree we are a team that shouldnt be underestimated as we have hungry players who will fight in every game right until the final whistle!!!!!!! I also hope danny gets a great response he was a great servant to town and his goals got us where we are today